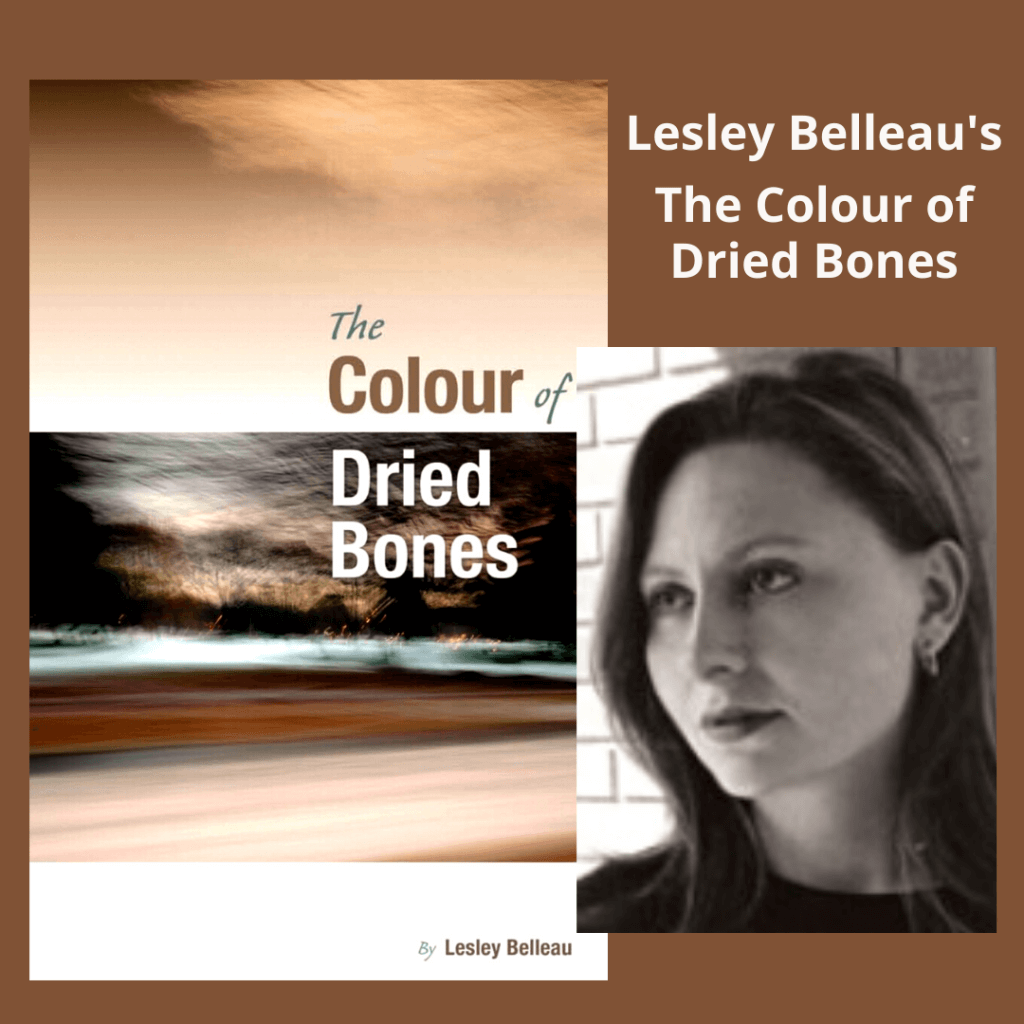 Ojibway poet, writer, activist and academic Lesley Belleau published her short story collection, The Colour of Dried Bones with Kegedonce press in 2008. As we “fall back” and revisit several of our back list titles, we reached out to Lesley to chat with her about the book and what she is up to now. Here is that interview.

Kegedonce Press: Can you tell us a little bit about The Colour of Dried Bones, about the story of the main character?

Lesley Belleau: The Colour of Dried Bones is a book consisting of intertwined short stories that reflect the life of the main protagonist (who is referred to several times as Bella throughout, although that can be a nickname between her and some relationships). My intention was to create a work that reflects relational elements within her life that narrate like a multiple snapshots of her own experiences as a woman, Indigenous woman, mother, sister, friend, daughter, granddaughter and partner. I wished to show her many relationships in order for the reader to gain a fuller scope of who she is as a protagonist. I tried to express, through her eyes, various aspects of her reality through these snapshots of her own lived experience. I wanted the stories to be natural, real stories that are relatable to Indigenous and other women through her perspective.

KP: What do you remember about your process of writing the book? What were its inspirations?

LB: I remember that the process of writing the book began with an assignment in my master’s degree class at University of Windsor as an exercise in Creative Writing on a subject of our own choosing. During that time, I was going through a tumultuous relationship, was a newly single mother, struggling to make ends meet with daycare, a toddler, and full-time school and part-time work in a new city, away from my community and family. I was having a difficult time. I believe that the process and inspiration for these stories began to take shape due to the nature of my own lived experience at that time, and I was able to fully understand and relate to Bella based on those said present conditions of my own life. With each new assignment, I decided to continue with the voice of Bella as a series of interconnected experiences that seemed to attach and compliment each other. I found it therapeutic during this period of struggle in my own life, which in turn, really helped me emotionally. By the end of the writing assignments, most of the stories were almost enough to create this first small novella.

KP: The book reads like a novel, though each chapter is also a stand-alone short story. Can you say why you chose this format, why it worked best for this story/these stories?

LB: I chose this format of short stories because I began writing short fiction and poetry at a young age, was unfamiliar with the longer novel-writing system, although later moved into that direction. I feel that I was comfortable with this format, and I really enjoyed the feeling of expressing snapshots of a life based on multiple experiences that were each their own as well as connected to a larger story. It also began to emerge as a way to express more emotion and feeling into a smaller frame, therefore condensing the larger narrative and giving me more freedom to express a greater depth and range of perspective and emotive qualities in a shorter span of narrative.

LB: I believe that the reality for Indigenous women remains an important part of Canadian History, or the history of what we know as Turtle Island. Growing up on the reserve, Garden River First Nation, I became aware at a very young age the issues with racism, bias against Indigenous women, and sexism and sexual assault issues. For example, look at the issue of Missing and Murdered Indigenous women even today. There is a silent warning within our communities of a potential threat which is a doubled threat of harm or abuse by being both a woman and Indigenous. I was hoping to express awareness not only historically (residential schools, domestic abuse, etc.) but on a contemporary level. I think this reality is just as vital as it was in 2008 (actually most of the stories were written around 2003–2005). However, a huge difference is that there is a further push to awareness today with the red dress project, marches and observances with MMIWG and with the Truth and Reconciliation Act actively acknowledging this ongoing problem.

I may have changed how I told the stories today. Firstly, I have a greater life experience than I did almost 20 years ago. I have seen more, worked as an advocate with MMIWG, raised five children, and have practiced my writing skills into a more evolved way. I also have become stronger in terms of expressing my opinions and that of my cultural traditions. I think personal life experience definitely impacts one’s writing, and so, if I was to do a series of short stories, I believe that there would most likely be some literary and perspective differences.

KP: What do you think has changed in the realm of Indigenous literatures since The Colour of Dried Bones came out?

LB: I think there has been so much to have changed in the realm of Indigenous literatures since The Colour of Dried Bones was released and written. Firstly, the amount of new writers is vast and exciting! Entire college and university syllabi are filled with Indigenous Studies, Indigenous Literature, and libraries are collecting these new works and promoting them to a wonderful degree. I recall a time when I was a teenager where it was nearly impossible to find any works at all concerning Indigenous writing, never mind Indigenous women’s voices! Before the onset of the Internet, and even after, these works were hard to find, and certainly not being taught in mainstream classrooms. I think that young writers today have a much better access to Indigenous literature, and it has definitely become recognized as a serious part of Turtle Island’s cannon of voices. I believe that Indigenous literature is finally become recognized as crucial, and I am so grateful that our children and next generations will grow up to see this and to know how vital their own voices and stories and words and experiences are.

KP: What do you hope that new readers might take away from the book?

LB: I am hoping new readers will see that each one of our experiences, no matter how different, are important, and are able to be told in a multitude of fascinating ways.

KP: Do you have any other writing in progress at the moment?LB: I am currently working on a new book of poetry, which I hope to have translated along with the English poems into Anishinaabemowin. I am also looking into a poetic collaboration with two other Indigenous women writers. It is an exciting time for Indigenous literature in all forms, and I will continue to keep writing and encouraging young writers to keep publishing and to never stop letting our voices be heard and respected.

Miigwetch to Leslie for taking the time to chat with us by email!

The Colour of Dried Bones is now on sale exclusively on the Kegedonce Press website.