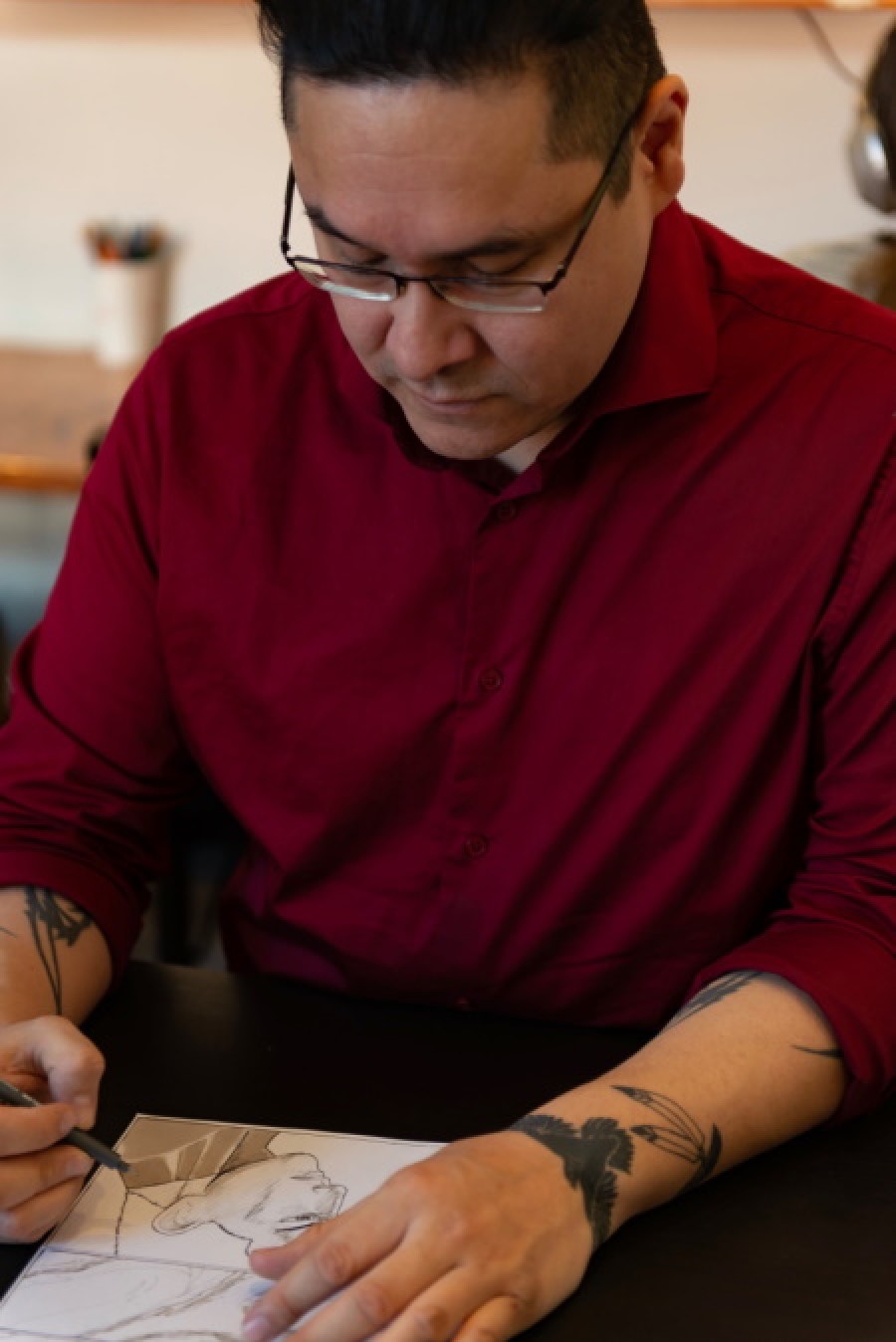 Neal is the author and illustrator of The Krillian Key: Salamander Run, the first volume in The Krillian Key series of graphic novels, which will release in November. As this is also Kegedonce’s first graphic novel, we are very excited to add this fun, sassy, and exciting book to our catalogue!

Neal Shannacappo is a Nakawe graphic novelist and poet from Rolling River FN in Manitoba. He’s Eagle clan and currently living, working and playing in Ottawa. You can find his stories in the Indigenous anthologies called Sovereign Traces vol. 1 – Not (Just) (An)other and Vol. 2 – Relational Constellation both available at Chapters. Mashkiikii Miikana (Medicine Road) is online on the National Campus and Community Radio Stations website. The graphic novel Mashkawide’e (Has a strong heart) was published by Senator Kim Pate and copies can be found by contacting her office. At the moment he has 3 projects on the go, The Krillian Key which is his own creation, and If I Go Missing which is being published by James Lorimer & Company Ltd., and Niikaniganaw (All My Relations) commissioned by a group of healthcare researchers.

The Krillian Key: Salamander Run is set in a dystopic future circa 2242, with flashbacks to modern-day Canada. The story races along with its main character, the immortal Kyrill, also known as Salamander, as he fights to escape warring human/alien hybrids who wish to use Salamander for their own ends. Kyrill’s story unfolds on a war-ravaged and environmentally devastated Earth where his people, Indigenous North Americans, are space pirates who control the solar system’s spaceways.