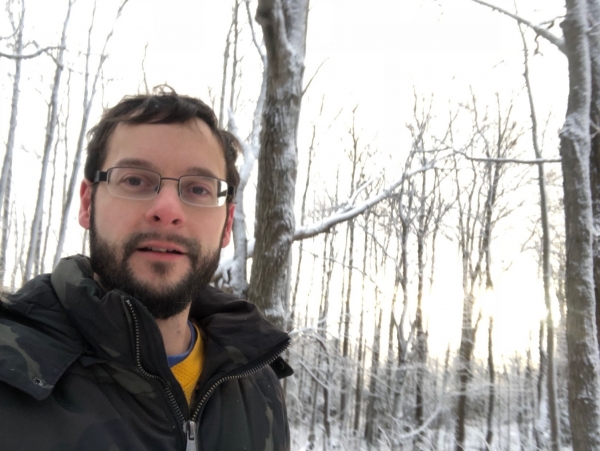 In 2016, Nathan Niigan Noodin Adler published his debut novel, Wrist, with Kegedonce Press. A sweeping tale of monsters and legends from both Ojibwe and western culture, Wrist is an Indigenous horror novel that follows two story lines, past and present. In 1872, dinosaur hunters become embroiled in a battle over the discovery of fossils in Northern Ontario as their excavation crews are driven mad by a bizarre and terrifying illness. Over a hundred years later, Church and his family show signs of the same monstrous affliction. As he begins to unravel his family’s dark history, Church must race to protect the secrets buried deep in bones and blood.

Now, Nathan has returned to the setting and many of the themes of Wrist with his new short-story collection, Ghost Lake. Thirteen short stories, mirroring the thirteen moons of Ojibwe cosmology, feature a cast of interrelated characters and their brushes with mysterious forces, monsters and spirits. Pyromaniacs, vigilantes, grave robbers and ghosts appear among Ghost Lake’s characters. A few of the main characters from Wrist make an appearance as well!

And a warm welcome back to Nathan!

Check out these articles on Wrist and Ghost Lake!