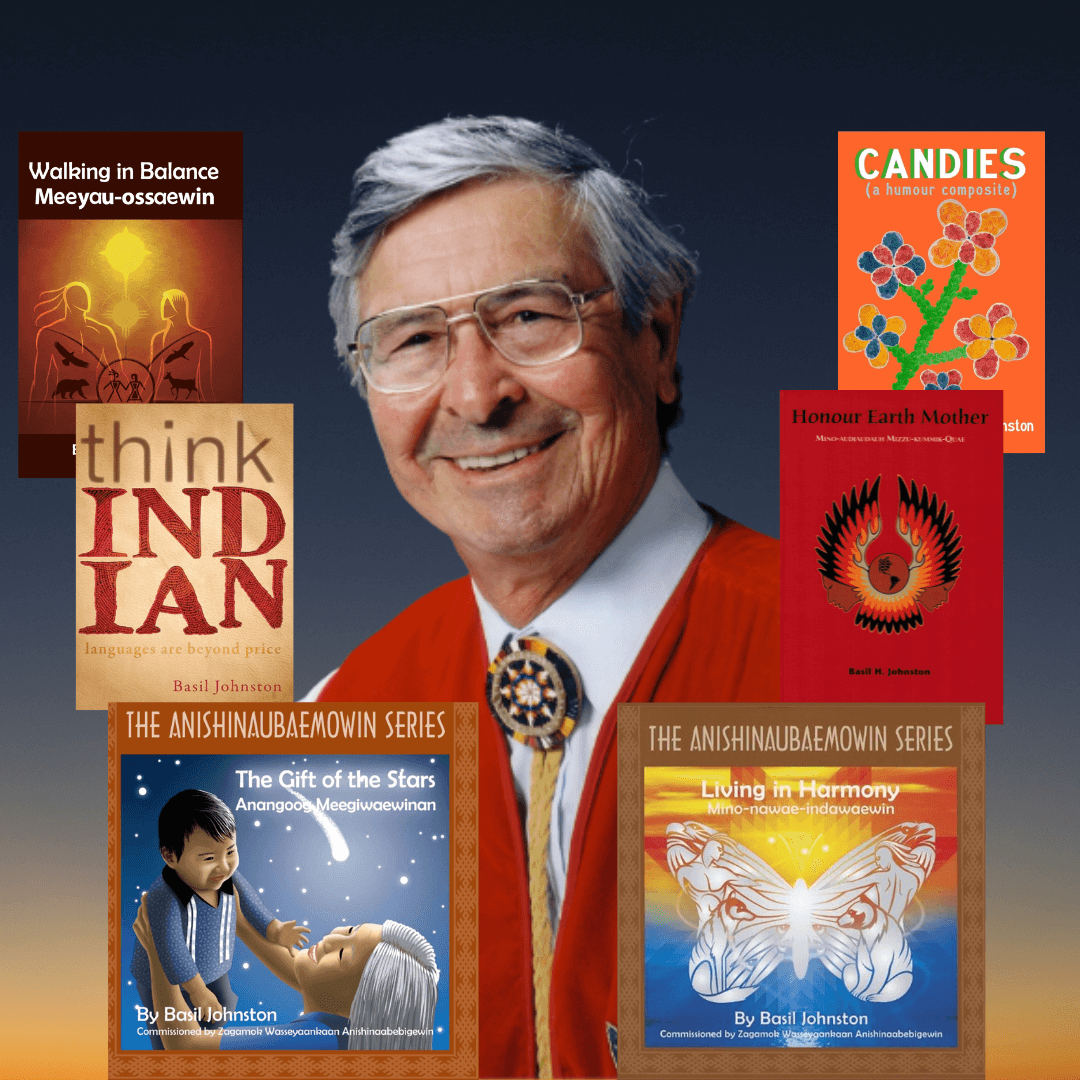 As part of the celebration of our 30th Anniversary, every month in 2023 we will be shining the spotlight on one of our amazing authors!

We begin the year with Basil Johnston, esteemed Anishinaabe writer, storyteller, language teacher and scholar. Kegedonce Press has had the great honour of publishing not one but six of Basil Johnston’s books.

Basil was born in Wasauksing First Nation in 1929, and later moved to the Chippewas of Nawash Unceded First Nation. He wrote many books in both English and Ojibwe (Anishinaabemowin) and received numerous awards including the Order of Ontario and three honourary doctorates. Basil’s accolades include: the 2013 Ontario Arts Council Aboriginal Arts Award; the 2007 Anskohk Aboriginal Literary Lifetime Achievement Award; the 2004 Aboriginal Achievement Award for Heritage and Spirituality; and the 125th Anniversary of the Confederation of Canada Medal.

One of the foremost Anishinaabe writers and storytellers, Basil was well known for his gentle humour, deep wisdom, and enduring optimism. His unique, amicable voice as a storyteller permeates every page of his work.

Basil was also a staunch advocate for preserving Indigenous languages and culture. “More than just an author, in his later years Johnston turned his focus to the preservation of Anishinaabemowin, the language of the Anishinaabe, once again acting as a trailblazer for others to follow” (“Basil Johnston,” The Canadian Encyclopedia).

In just over a decade, Basil published six books with Kegedonce Press, three of which were fully Ojibwe/English bilingual. His Kegedonce Press titles are:

Honour Earth Mother: Mino-audjaudauh Mizzu-Kummik-Quae (2003), essays and stories on nature and the environment.

This month, Think Indian is our featured sale title, at 40% off for all of January. Watch for features on the rest of Basil’s books throughout 2023.